At the initiative of Slovenia, the EU Member States and European institutions worked together to launch a first-ever joint European cultural project Europe Readr – a free digital platform, providing a selection of European literature entitled ‘The Future of Living’.

Europe Readr, representing one of the greatest cultural projects planned within the framework of the Slovenian presidency of the Council of the European Union – July 1- December 31, 2021 – includes 27 literature works from all EU Member States, written in all 24 official EU languages. In this way, Europe Readr is a truly pan-European creation, representing not only each European country but also the richness of the linguistic diversity that characterises the Union.

Under a slogan Open a book for a better future EuropeReadr aims to foster reading culture and critical thinking on the future of living across societies. This project not only supports the creation of public spaces for exchange and debate on shared European values, but enhances the dialogue on the European Green Deal, sustainability, and urbanism through a curated programme of activities. In this way, the platform contributes to portray the European Union as a community which, for how diverse, is formed by a cohesive community with a common future.

All the 27 selected books will be available in their original language and in English – and, some of them, also in French – for the entire duration of the Slovenian presidency, until the end of December 2021. The platform will be freely accessible for an indefinite number of times, from everywhere and at any time, by scanning the QR code created for the project, or visiting the official website, europereadr.eu.

Besides providing with literary productions from the European Member States, the project will also include several activities around the world, organised by the Slovenian Embassies together with EUNIC clusters, and with the support of various EU institutions. Are you wondering how international Europe Readr is? These activities will take place, for instance, in the Citizens’ Garden in Brussels, the European library under the trees in Paris, Cairo, and Buenos Aires, in display windows in Washington, on the streets of Tel Aviv, at a hackathon in Saudi Arabia, and in numerous reading spaces newly set up in Amsterdam, Tokyo, Bangkok, Beijing, Skopje and Belgrade. For the next six months readers, authors, and thinkers will come together in countless venues across the world to exchange ideas on the world and the future. How does all this sound to you? Yes, the right word is unmissable.

Within this great European project which truly address everyone, special attention will be devoted to the youngest. For them, the website offers the most beautiful European wordless picture books. Special materials for parents and teachers have also been prepared to help them leading children through reading habits, and reasoning about the environment in which they live and that in which they wished they lived. Special workshops and readings for children will be held at many locations. Therefore, keep a close eye on the Europe Readr website to find out about all the events and opportunities that will take place in your city during the upcoming months.

EUNIC Netherlands is proud to be among the Dutch partners promoting Europe Readr and its series of events that will be hosted in the Netherlands from July until December 2021. A group of members of our Cluster – Goethe-Institut Netherlands, Tsjechisch Centrum Rotterdam, Litouws Cultureel Centrum, Embassy of Austria The Hague, Embassy of Hungary The Hague, and Embassy of Slovenia The Hague – is working to the organization of engaging events for everyone across the country, in cooperation with several local partners, namely TU Delft Faculty of Architecture and the Built Environment, TU Delft Library, Amsterdam Public Library, Biblionet Drenthe, and the Representation of the European Commission in the Netherlands.

Among the most special initiatives of the Europe Readr in the Netherlands there should be mentioned the ‘Future of Living’ Pavilion, an installation that will be created by the students of TU Delft Faculty of Architecture and the Built Environment. After the winning project will be selected by a jury in the upcoming weeks, a group of talented students will produce an art-installation, a urban open-space ideated for reading, exchange, and debate. This piece of art is meant to be a travelling pavilion, rotating to different venues and supporting the message of the broader project – indeed, the future of living. The Pavilion will embark on its maiden voyage in September, when it will be make its first public appearance in the entry hall of the Amsterdam Public Library. In October and November, the Pavilion will then continue its journey to the Biblionet Drenthe libraries and, in December, it will travel to its last location, TU Delft Library, in the city of those brilliant students that pictured it before all of us could finally enjoy it.

Welcome to Open a book for a better future at www.europereadr.eu, from first of July onwards!

The Europe Readr project is organized in collaboration with: 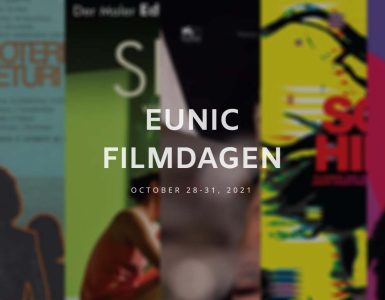 Discovering the Archaeology of Love in a mosaic of European films. After taking part to numerous film festivals and cinematographic events, EUNIC Netherlands is proud to announce its very own film festival, EUNIC... 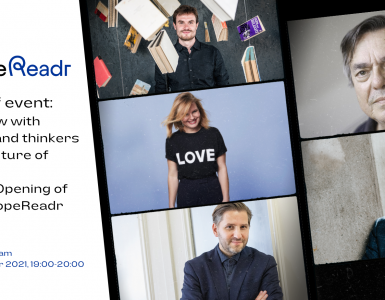 The Europe Readr project, launched in 2021 by the Slovenian Presidency of the Council of the European Union, has already completed almost three months of activities around the world. Indeed, from Egypt to Finland, from... 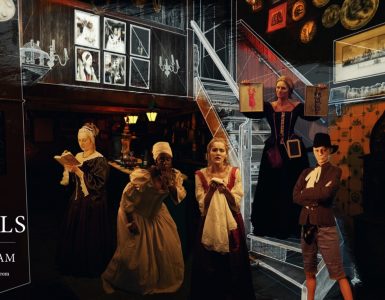 Dutch Virtual Reality experience officially selected for the VR competition of the Mostra del Cinema di Venezia You can almost smell the ripe plums that are laid out on the seventeenth-century bar, almost feel the sea...