The Europe Readr project is not only committed to promote critical thinking around the themes of reading habits, sustainability, and the future of our societies, but its scope is really devoted to have a concrete impact on the territories where it is promoted and implemented. Like in many other countries in the world, the Embassy of Slovenia in the Hague has joined forces with local entities also in the Netherlands, to ensure that the scope of Europe Readr could reach also those who live in the Dutch State.

EUNIC Netherlands has teamed up with the Slovenian Embassy since day one, working on the best way to bring the platform of free European literature to as many people as possible (read more about the project). In this sense, among the many local entities that we involved in this project there is also the University of Delft. We have been in contact with the Professors of the Faculty of Architecture and Built Environment of TU Delft to organize a contest among its students to create the visual identity of the Europe Readr project in the Netherlands. The idea was for the young architects to design in groups an installation, the so-called ‘Reading Pavilion’, that will represent the entire project through a concrete piece of art. Numerous were the groups that submitted an application to participate to the contest, but only six of them have been selected by the professors to be analysed at a later stage by the jury.

The students had to follow criteria related to the budget for the materials, the time for the construction process, the possibility to dismantle and re-build the structure easily and, most importantly, to beautifully deliver the message of Europe Readr and welcome visitors into a ‘physical’ reading dimension. In early July a jury composed by professors of the Faculty of Architecture and a few Members of our Cluster gathered to examine the proposals of the students of Delft; the organizers of the contest were very impressed with the quality of those works and with the creativity showed by the students. However, among all those remarkable ideas, only one project could be selected as the winning design for the Europe Readr Pavilion. After careful analysis, the project ‘EUNIC Trilogy’ was chosen as the best among all those submitted. The young architects that will develop the installation and bring the Pavilion to life are Christopher Bierach, Dimitris Ntoupas, Thomas Lindermann, and Tim Schumann who, belonging to different regions of Europe, perfectly represent the sense of European creativity and cooperation that is at the very core of EUNIC itself.

During the summer the designers will work in close contact with the professors who have been following and leading this cooperation with TU Delft since the beginning, namely Frank van der However, Serdar Asut, Marcel Bilow, and Paul de Ruiter. On September 22 the Pavilion will be officially inaugurated in OBA Amsterdam during a whole day of activities organised by EUNIC Netherlands devoted to multilingualism, promoting critical thinking, and opening discussions about sustainability. The Pavilion will be accessible and open to the public in OBA for a few weeks, before embarking on a journey that will bring it across the Netherlands, promoting the online platform europereadr.eu. It will then make its final stop in December in the city where its original concept was firstly created: Delft.

Have a look at our Facebook page to have the latest updates about Europe Readr and all our projects, and at the Kick-Off event dedicated page to find out everything you need to know about the Reading Pavilion and its inauguration on September 22.

One of our favourite events of the year is back! During the European Literature Night 2022 we explore European literature in times of war. We invite writers and poets to think about the effect of the war in Ukraine on... 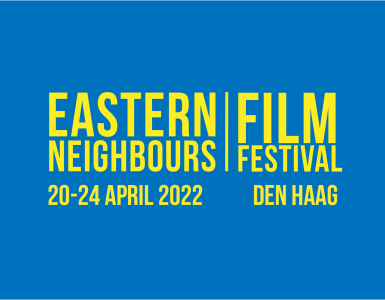 The 13th edition of Eastern Neighbours Film Festival at Filmhuis Den HaagApril 20–24 After a long wait and several postponements, we are happy to announce that the festival can take place in person. We invite you to...

Out of Office: Working Across Borders (GoShort Nijmegen)

In this programme at GoShort – International Short Film Festival Nijmegen, we take a closer look at cultural differences one comes across when working in a different country. Those who choose to leave their...