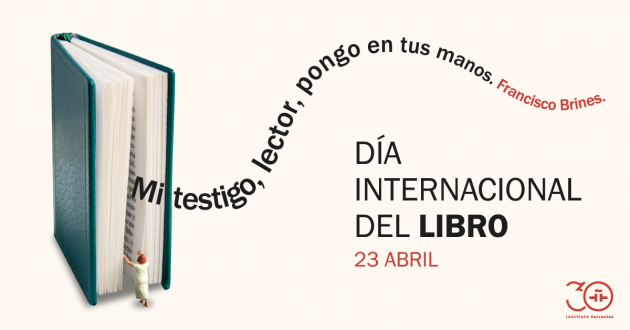 In 1995 UNESCO decided to establish the World Book and Copyright Day, and to celebrate it every year on April 23, as the date is also the anniversary of the death of Miguel de Cervantes, William Shakespeare, and Inca Garcilaso de la Vega.

On the occasion of this international anniversary so special for culture, the Instituto Cervantes has organised a day full of activities to engage people of every age with the magic world of literature. This year the Institute invites you to celebrate the poetry of Antonio Machado, one of the most admired Spanish poets of all time, both for his work and his life. The following program has been ideated not only to commemorate the Sevillian author, but also and especially to allow everyone to listen to his poems, walk through his paths, and evoke the landscapes of his poetry.

Program of the Day:

The access to all the events is free, and available on the YouTube channel of the Instituto Cervantes.

Visit the Institute’s website to know more about these activities and to the rich program of the World Book Day 2021.