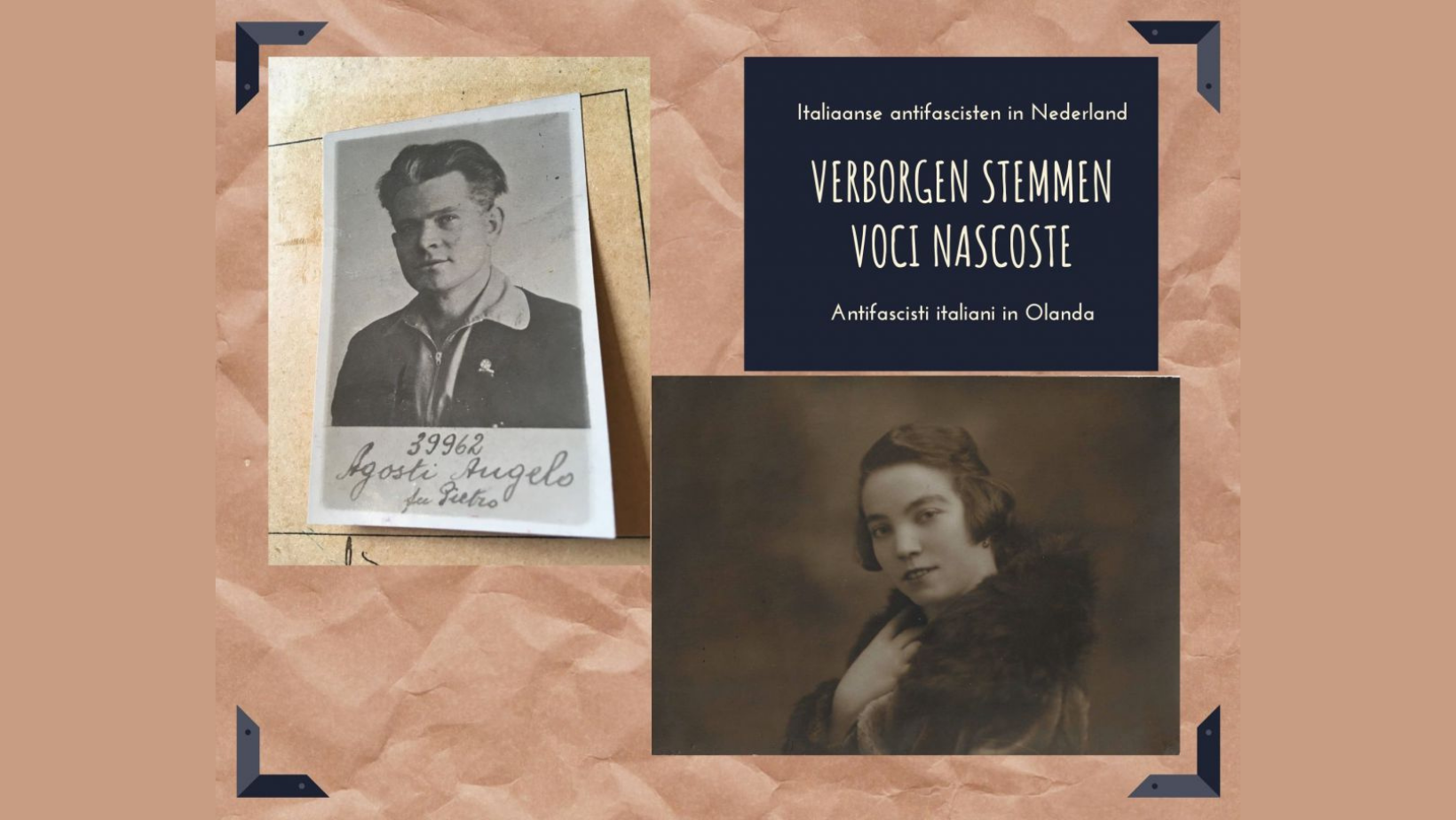 The Culturissima / 1001 Italianen Foundation and the Italian Cultural Institute of Amsterdam present the event ‘Voci Nascoste’, a conference and concert dedicated to the Italian anti-fascists Angelo Agosti (1900-1985) and Luciana Rescia Bokma (1902-1995) who lived in the Netherlands in the Twentieth century.

For a long time the role of Italians in the Dutch Resistance, especially that of women, remained unknown to the most. With the purpose of bringing attention to their contribution during the last century, this event focuses on two anti-fascist figures who lived in the Amsterdam region.

Based on the testimonies of family members and (audiovisual) material from private archives, the stories of Luciana Rescia Bokma and Angelo Agosti will be reconstructed. Researcher Daniela Tasca will present the story of Angelo Agosti with the testimony of her daughter Stella, while the journalist Noemi Prent will tell the story of her great-grandmother Luciana Rescia, together with her daughter, Luisa Bokma.

The live testimonies will be accompanied by a musical interlude by Carla Regina.

Researcher Daniela Tasca, initiator of the 1001 Italianen project of the Culturissima Foundation in Amsterdam, has brought to light facts and characters of a neglected part of history. During this event Tasca will present the results of a research developed with the support of the Mediafonds of Haarlem.

1001 Italianen is looking for stories of Italians in the Netherlands during the Second World War. The institute invites all interested parties to participate in the event or to contact its organisers at info@1001italianen.nl.

The event will be held in Dutch, while a summary in Italian will be made available on site.