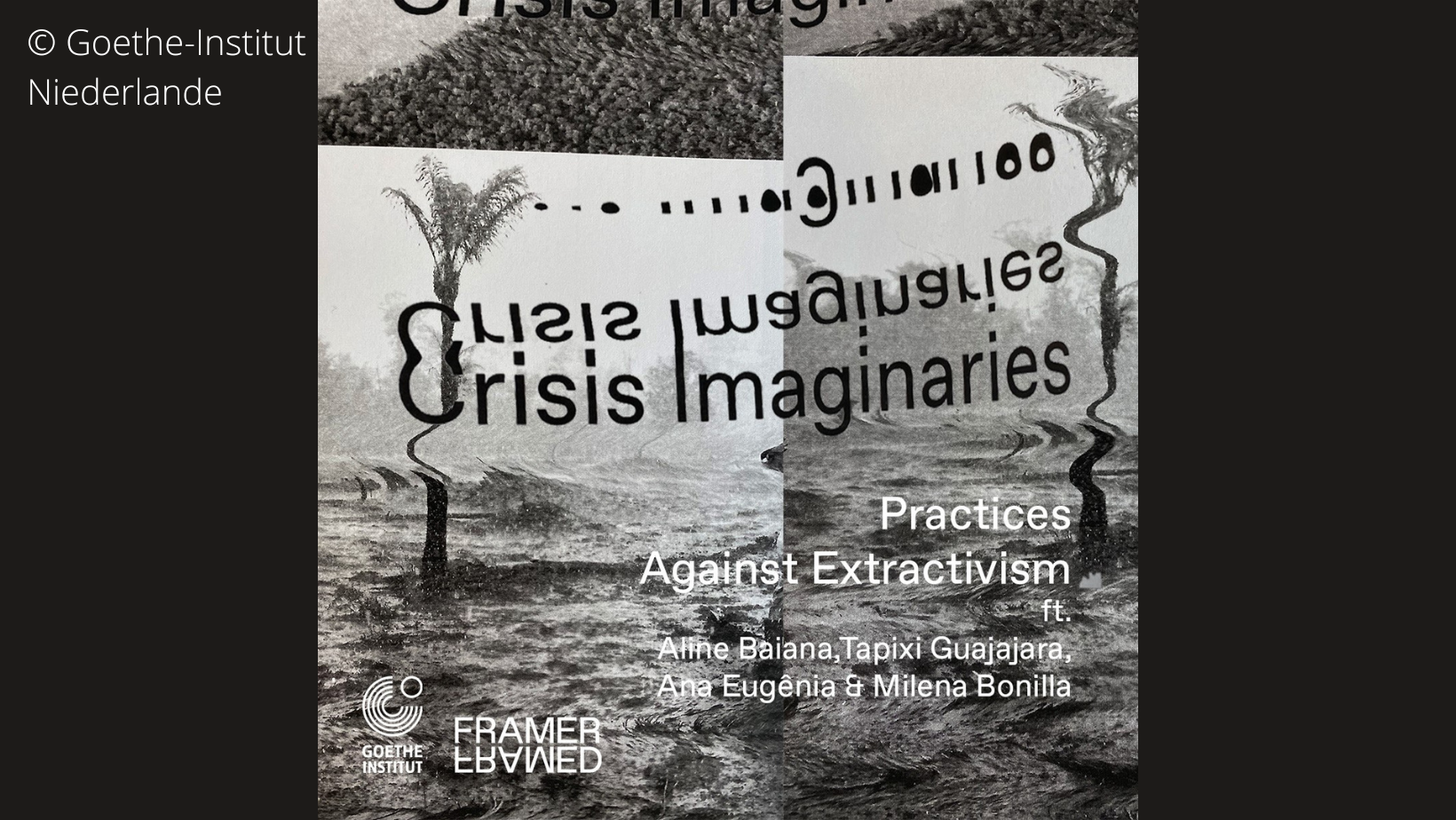 On 8 July, Framer Framed welcomes you to join the seventh chapter of Crisis Imaginaries. This edition of the series takes place in the context of Framer Framed’s exhibition The Silence of Tired Tongues and includes participating artist Aline Baiana. We will also be joined by Taipixi Guajajara, Ana Eugênia and Milena Bonilla, for a discussion on artistic and community practices working in the face of extraction.
Please sign up via Eventbrite.

As the world recovers from the Covid-19 pandemic, its aftershocks are still widely felt. Supply chain issues and new food shortages provoked by the Russian invasion of Ukraine have laid bare the fragile networks which sustain the livelihood of millions of people across the world. At the same time, the exposure of these networks may bring forward a renewed consumer consciousness: products that are taken for granted in Europe and the Global North rely on colonial and neo-colonial chains of exploitation of natural resources, but also human labour and Indigenous knowledges.

For the seventh chapter of Crisis Imaginaries, we will discuss two artistic practices working in the face of extractive industries that intersect with activism, community-work and Indigenous knowledge. During the event, Aline Baiana, joined by Tapixi Guajajara and Ana Eugênia, will talk about their joint project Earthseed or Archipelago #1 (2021-2022), now on show at Framer Framed, which uses soya beans and natural seeds to bring to light the damage to natural ecosystems caused by commercialised farming in the Amazon rainforest in Brazil.

We will also be joined by Milena Bonilla whose research-based practice is currently focused among others, on the complex impacts of cash crop production on different regions of the Global South and it historical and ideological backgrounds. Bonilla’s work tracing opium networks was previously featured in Framer Framed’s exhibition HERE/NOW: Current Visions from Colombia.