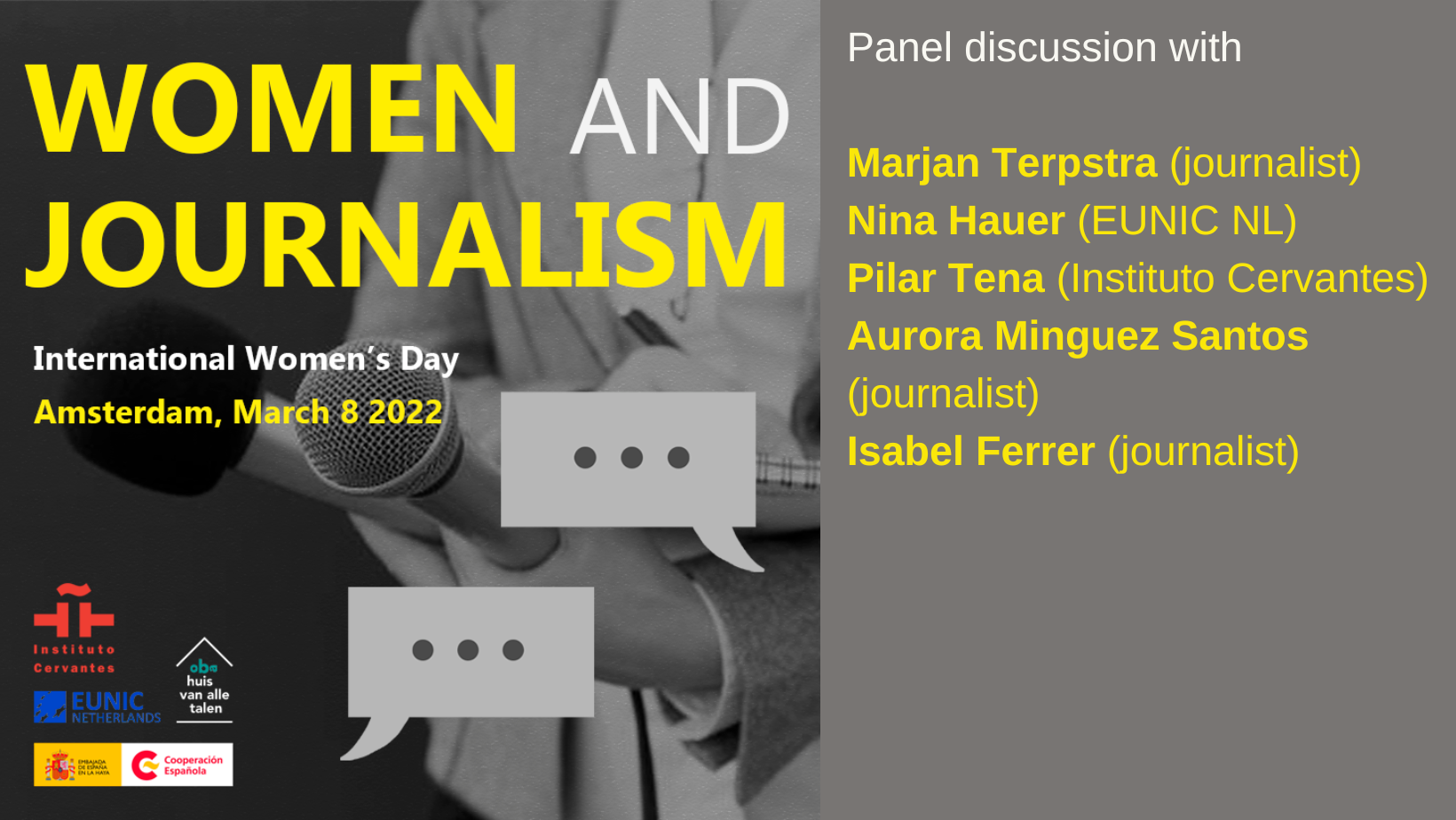 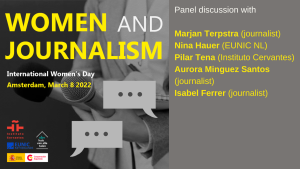 On the occassion of International Women’s Day the Instituto Cervantes is organising a panel discussion on women and journalism in collaboration with EUNIC Netherlands, OBA Amsterdam and the Embassy of Spain.

During the talk, the panellists will touch upon themes such as the role of journalism in current affairs, the challenges that lie in the profession, equality of opportunity, the specific problems of women in certain parts of the world, the perspective of women on the views in the media world, and their role in the management of major media outlets.

These themes are being discussed from a range of perspectives: from women working for newspapers, radio and television to women working as managers or directors in diverse media and communication companies.

The panel discussion will consist of Marjan Terpstra, a Dutch journalist, Aurora Minguez Santos and Isabel Ferrer, both Spanish journalists, Nina Hauer, the president of EUNIC NL, and Pilar Tena, the director of the Instituto Cervantes. The Spanish ambassador to the Netherlands, Consuelo Femenía Guardiola, will present the event.

During the talk, a documentary featuring the testimonies of many different female journalists from different countries will be screened. Amongst the journalists presenting their stories are: Gabriela Cañas, Cristina Gallach, Aurora Mínguez, Charo Ramos, Isabel Ferrer en Mayte Carrasco.

The event will take place on the 8th of March at 19.00. The event is free of charge. It can either be watched in person or via a livestream.