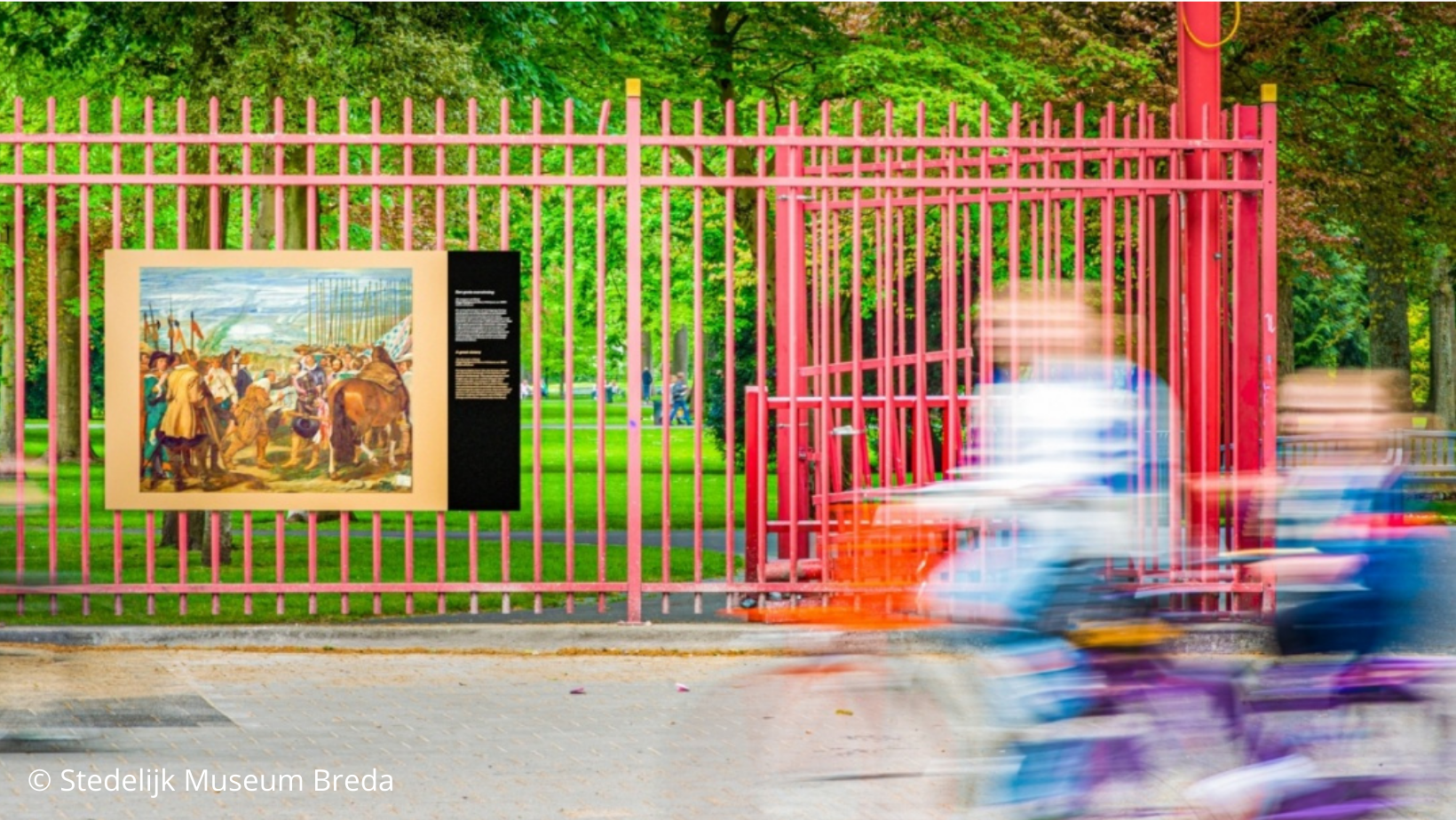 On Sunday 21 August, the La Vuelta cycling race will come to Breda! To mark this festive occasion, you can visit the outdoor exhibition ‘Prado in Breda’ this summer. Panels along the fences of Park Valkenberg tell the Spanish story of Breda. Together with the Prado Museum in Madrid, the Stedelijk Museum Breda has made a selection from their world-famous collection of paintings.

‘Prado in Breda’ shows that Spain and Breda have a long shared history. First, the Nassau family and the Spanish royal family became friendly. Hendrik III of Nassau was personal advisor to Emperor Charles V. Thanks to the emperor, he married Spanish marquise Mencía de Mendoza. Hendrik and Mencía regularly stayed in Breda. They had the castle rebuilt into a spectacular palace, a meeting place for princes, nobles, artists and scholars from all over Europe.

Henry’s nephew William of Orange also lived at Breda Castle. However, he fellout with Philip II, Charles V’s successor. This marks the beginning of the Eighty Years’ War. Situated on the border between north and south, Breda became a pawn in the struggle. Following a ruse involving a peat barge, the city fell into Spanish hands one more time. This victory was immortalised in Diego Velázquez’s painting known to everyone in Spain as ‘Las Lanzas’.

Instituto Cervantes
Embassy of Spain in the Hague