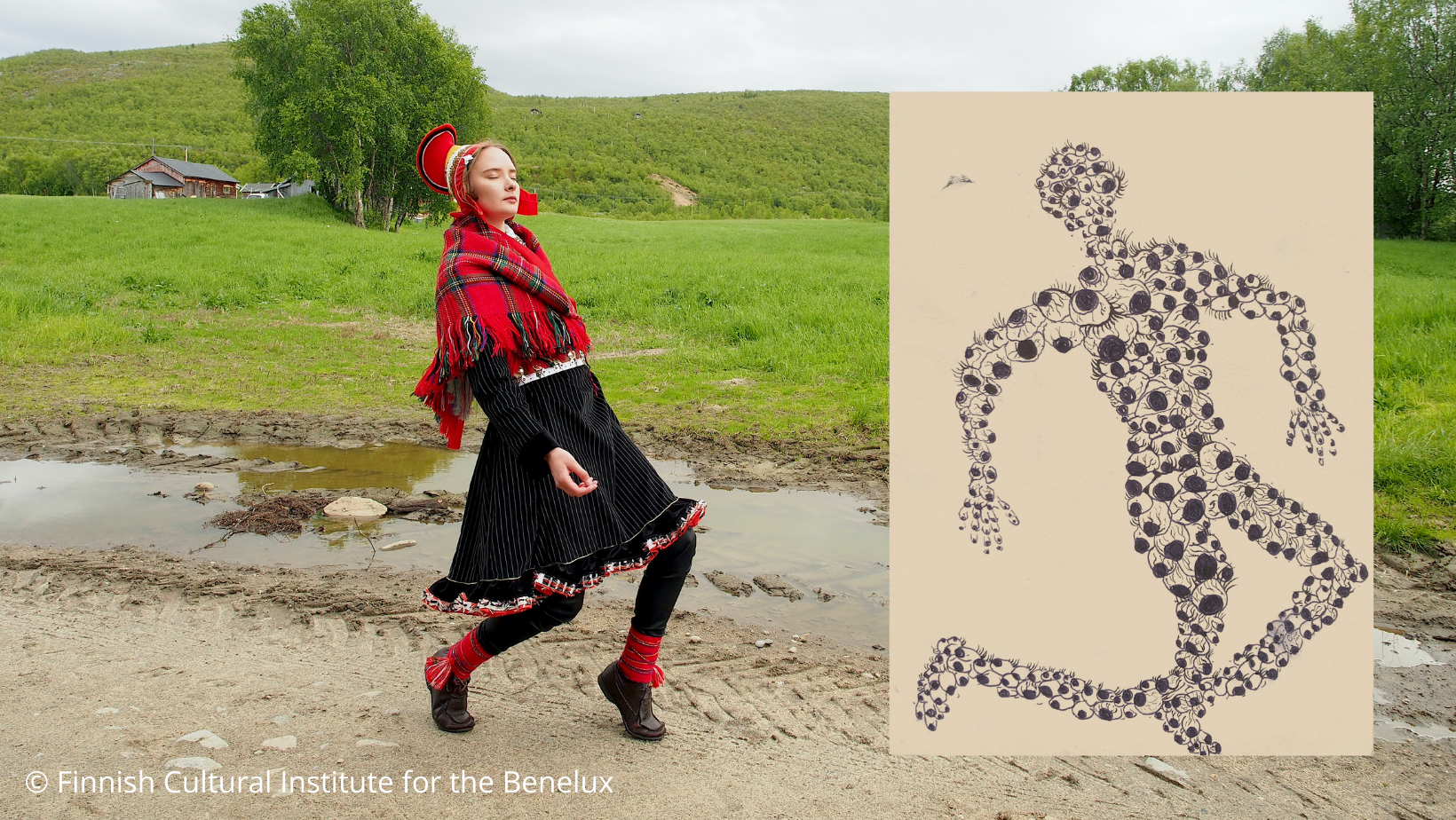 EU-Sámi Week takes place in Brussels from 20th to 22nd June 2022 for the first time ever. The aim of the week is to strengthen the relationship between Sápmi and the EU. The EU Sámi Week is designed to be the first prominent step towards raising awareness among EU decision-makers about the need to include the Sámi people in EU-policymaking. The week is intended to be a networking platform for experts in regional and local development who will, during the week, deepen into many aspects that have an impact on Sámi way of life. The week also offers cultural program, including Sámi dance performance Starting from Staring by Katja and Birit Haarla. The  performance is supported by the Finnish Cultural Institute for the Benelux.

How to meet without any intention? Allowing the kinship to be enough, as its own, is a primary Sámi value. This is the indigenous ground for the fight against the exploitation of natural resources and of culture.

What if you wouldn’t leave any trace of human activity behind, any material of your own?

These two are starting from staring. A state of being that is nothingness, intense nothingness. Ephemeral, like it is to be as a human being.

A start without talking. Locking the eyes, dragging the gaze along. Reaching the other one. Creating suspense – or is that suspicion? Waiting for something to move. Reacting, intimidating, discovering playfulness. Somehow important, somehow tensed. Leaving.

photo: Birit and Katja Haarla in collaboration with Outi Pieski

When? June 21st in Brussels