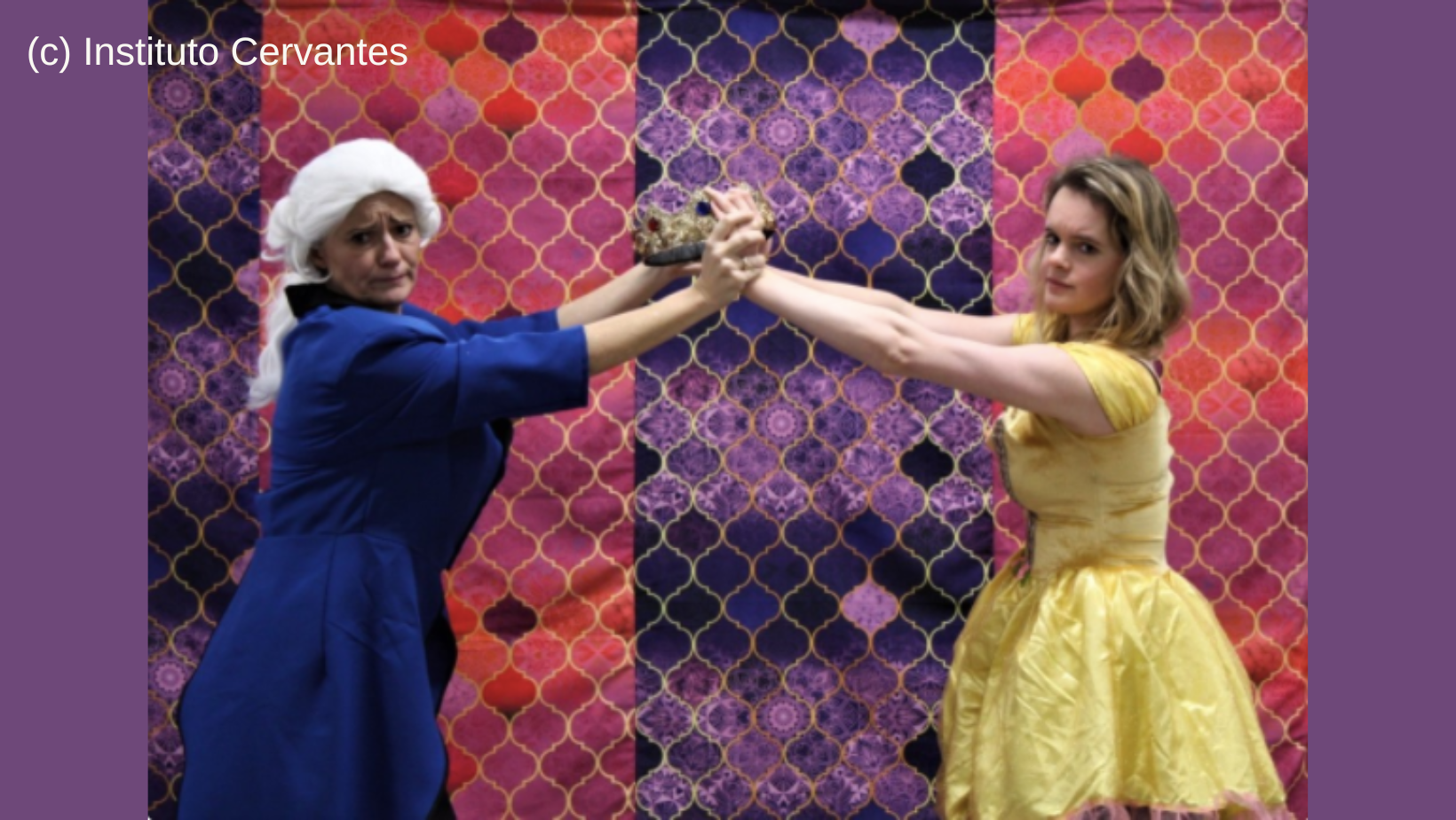 The children’s theatre company Theater Stuiter presents an adaptation of the classic Spanish play ‘Life is a dream’ for children from four years old onwards. This version of the story introduces children and young people to the Golden Age of Spanish literature and in particular to one of the key writers of the time, Calderón de la Barca. The theatre performance also makes them think about their own values, dreams and ideals.

One day Simone wakes up somewhere else. In a beautiful bed, surrounded by people who call her ‘queen’ and do everything she wants. It looks like it’s her birthday. Her parents, friends and the teacher never do what she wants, while she always has to abide by their rules. And now… suddenly she can do anything she wants. That will be one big party!

But… is it still fun for Simone if everyone does what she wants?

Theater Stuiter is a not-for-profit theater company that has been making performances for children and young people since 1991. All their plays are written by the members of the group, often based on a pre-existing play or novel.