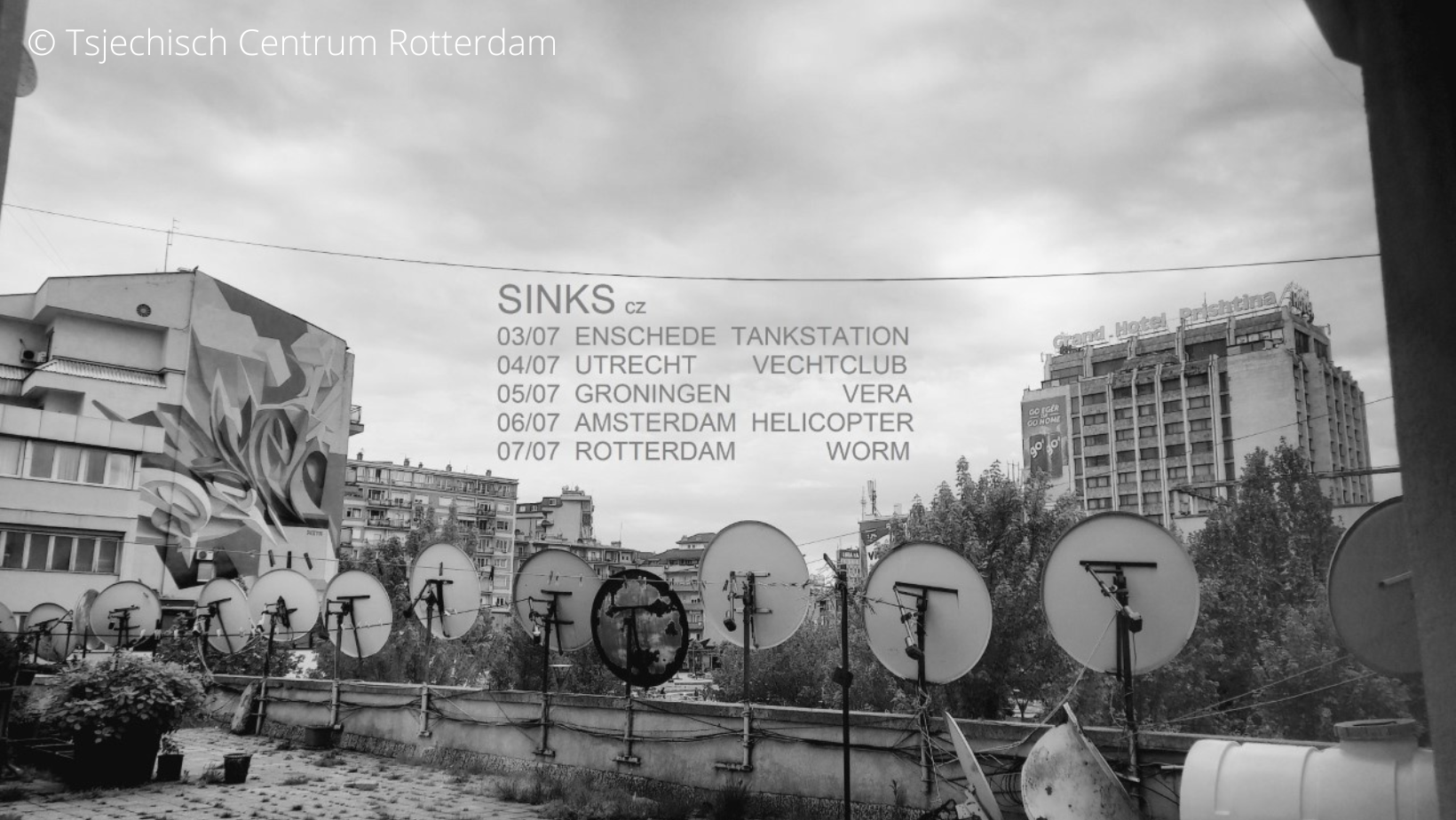 A concert tour of the Czech noise-rock trio sinks debuting in The Netherlands. Organised by Yugoturism and supported by the Czech Centre Rotterdam. The last-year tour postponed due to the Coronavirus pandemic and happening now.

It is not often that we can see Czech musicians in Dutch concert halls. Just because the Eurosonic Noorderslag festival with traditional Czech participation is held only online for two years in a row. Let’s hope that the noise-rock trio from Brno sinks will soon satisfy the hunger of the Dutch audience for new music .

sinks is characterized by raw, energetic performances. Vendula (bass, vocals) and Peter (drums) form a notoriously coordinated rhythm section, which is carried hand in hand with Antonín’s (guitar, vocals) loud but minimalist guitar playing. All this is complemented by expressive singing, which deals with the ubiquitous problems of life in late capitalism. The band released 3 EPs (0, June, July) and followed up with their debut LP also called sinks (released by Korobushka Records). The explosive, authentic and interactive nature of the live performances of sinks strongly impressed the audience in Central Europe.