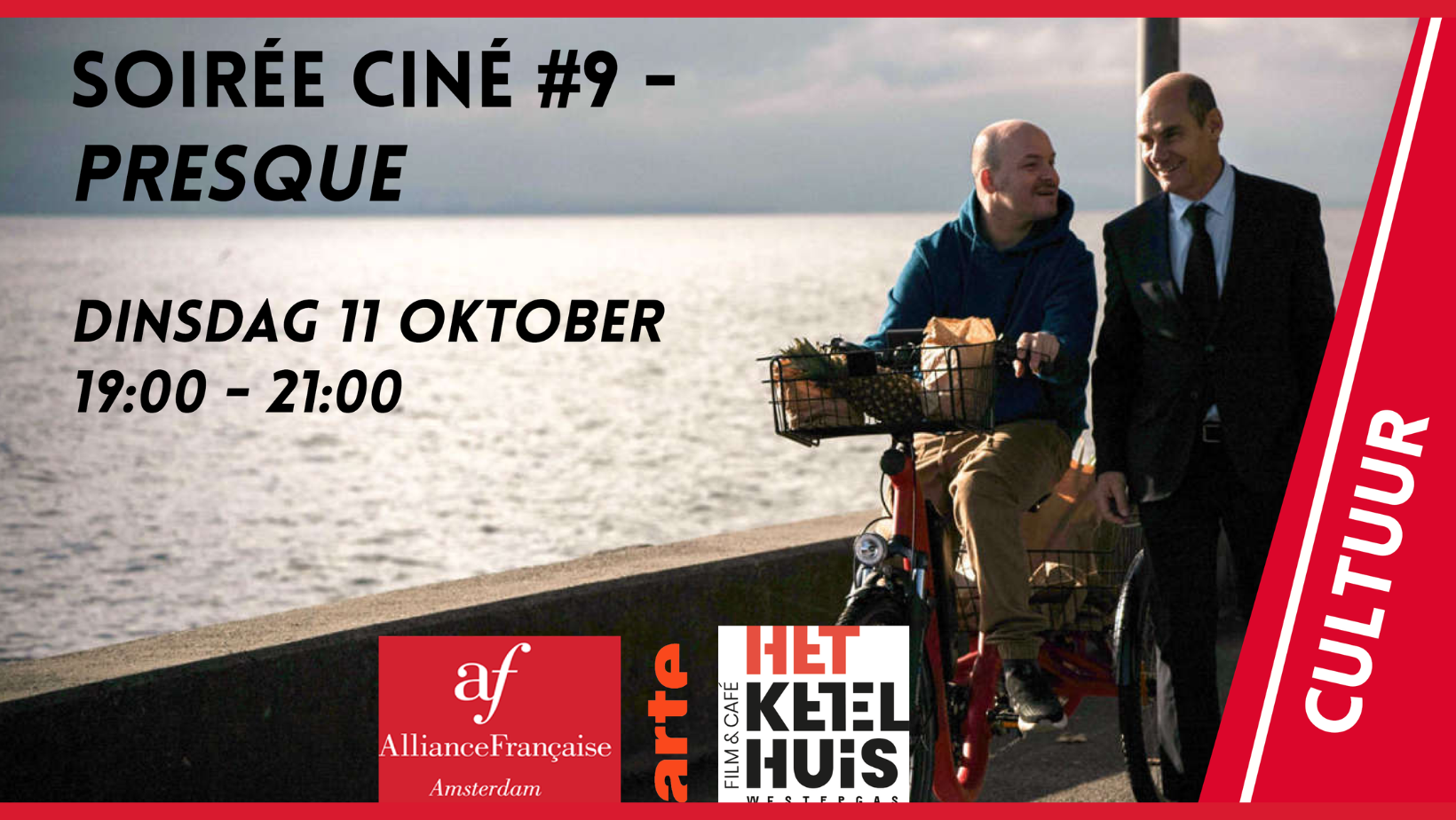 Since September 2021, the Alliance Française in Amsterdam and Het Ketelhuis have been presenting Soirée ciné, a programme of French films that have not been released in the Netherlands, but which are very much worthy of being viewed. Every month, a new title is screened.

The October edition of Soirée Ciné will feature the film, “Presque”, with French with Dutch subtitles.
The screening is organised by the Alliance Française, in partnership with Het Ketelhuis and with the support of Arte.