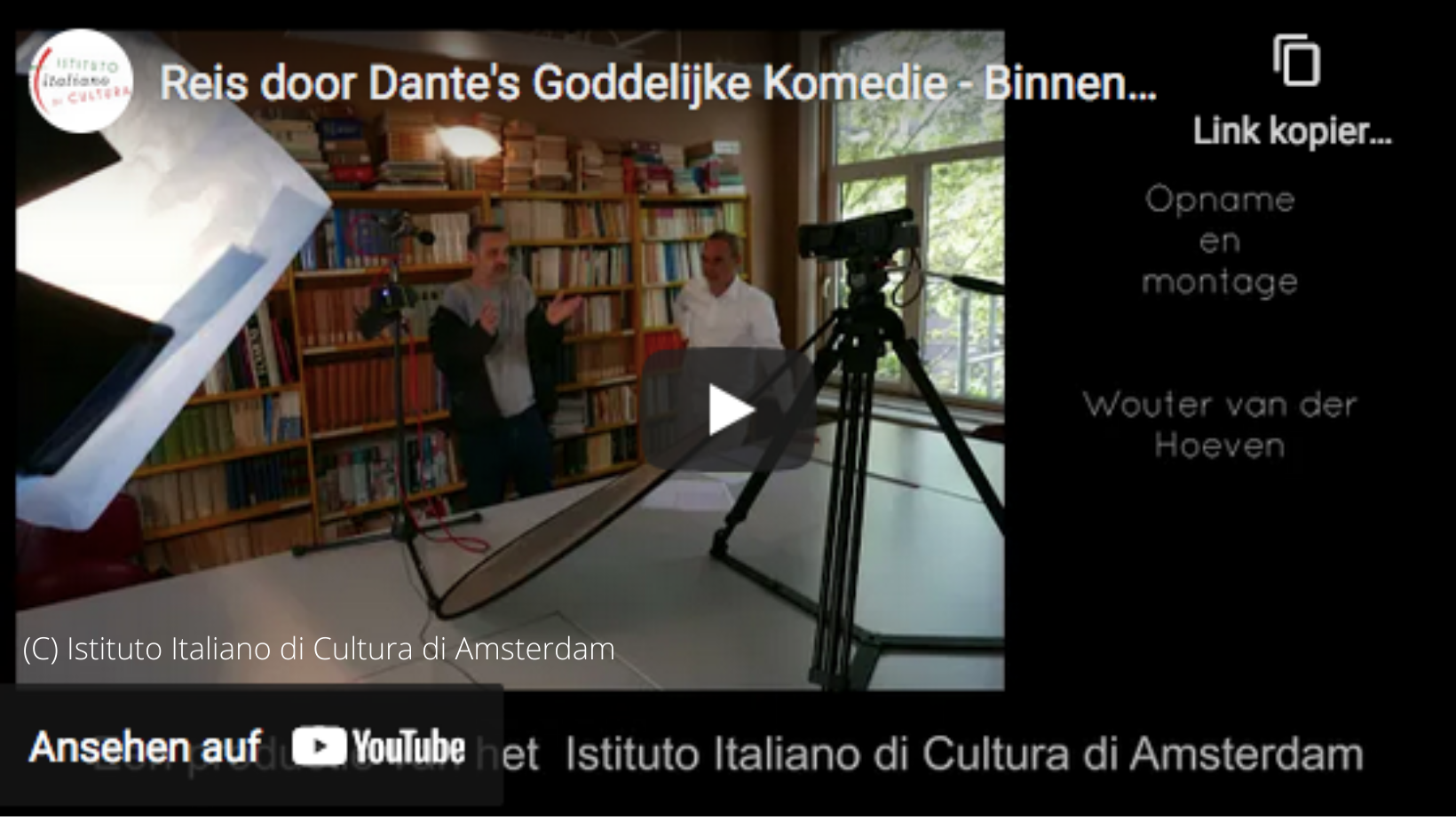 The Italian Cultural Institute of Amsterdam commemorates Dante’s 700th anniversary with a contemporary adaptation of the Divine Comedy: three Dutch actors bring the famous medieval allegory of world fiction in a video.

The 18-episode anthology includes the highlights of the Divine Comedy, the undisputed masterpiece of Italian literature. Each video, lasting about 5 minutes, can be seen as an episode in its own right.

The prose texts of the songs come from the well-known translation ‘De goddelijke komedie’ by Frans Van Dooren. The video series will be visible for free on the Institute’s YouTube channel one episode every day starting from Monday 6 December 202, where they can be rewatched.

Watch the introduction to the video series here: https://youtu.be/j6beUtGD7LE