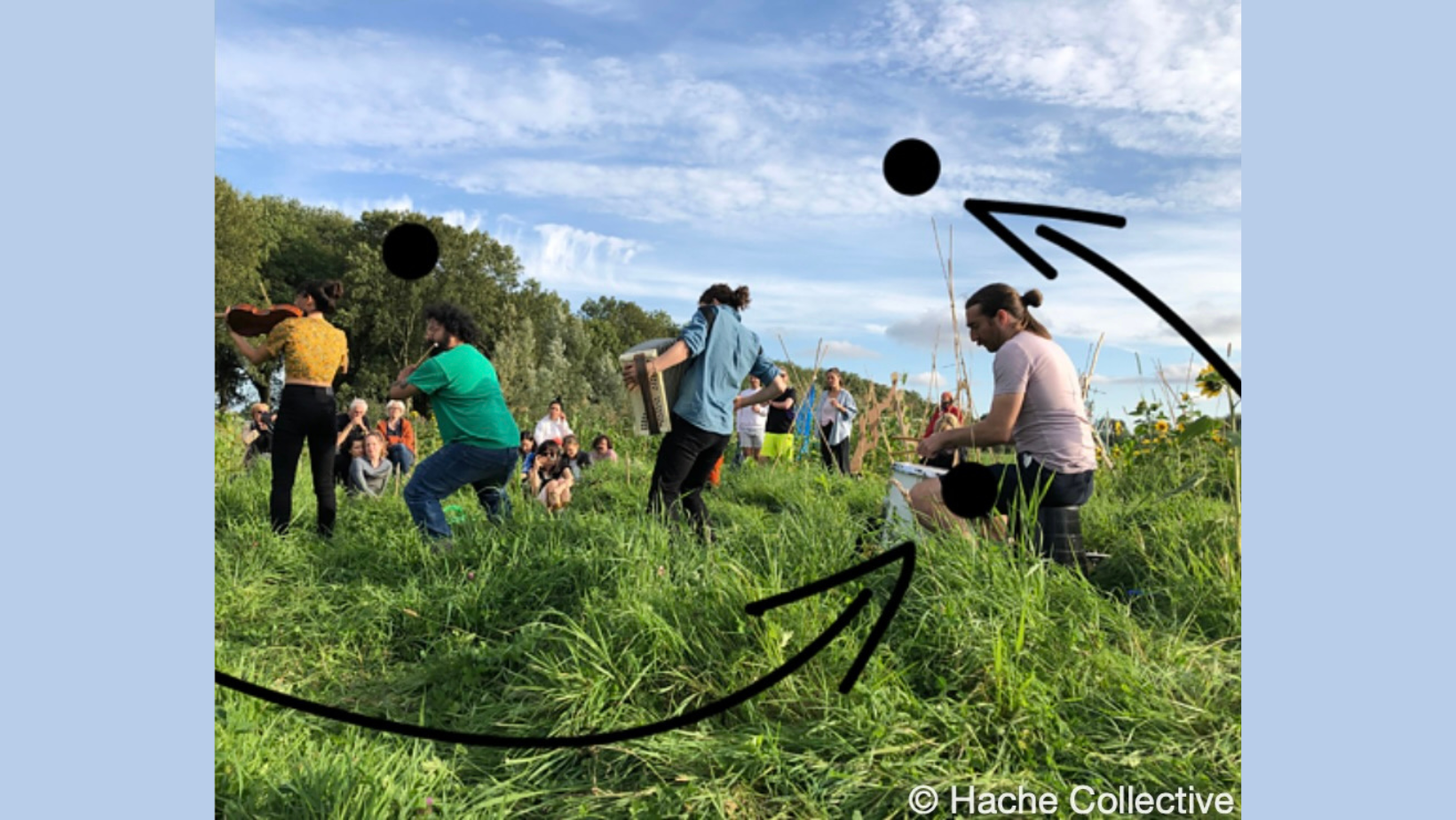 The Hache Collective, whose members live in the Netherlands, Chile and Spain, has explored themes such as decentralised approaches to composition, the musicality of movement and methods of ensemble work focused on the individual since 2018. Hache perceives itself as a group of individuals who work together and look for methods of co-creation in which improvisation, movement and research are central. The collective work of the Hache Collective functions as a sound laboratory: each member brings in their own ideas and suggestions, which are then further developed. Openness, care and unity are the guiding values ​​of the group.

With Hache Goes Cumbia, the group extends its musical study of classical, jazz and experimental music within the genre of cumbia; pop and folk music from Colombia. During a residency (from 16 to 23 December 2022) at the Goethe-Institut Rotterdam, Hache worked in a workshop with the Colombian percussionist, Jaime Rodríguez, focusing on traditional Colombian rhythms such as bullurengue, mapalé and currulao. At the end of this residency, the Hache Collective presents their work in progress to the public. After the musical presentation there will be an opportunity for discussion, dialogue and dance to a specially composed playlist with Hache’s favourite cumbia pieces.