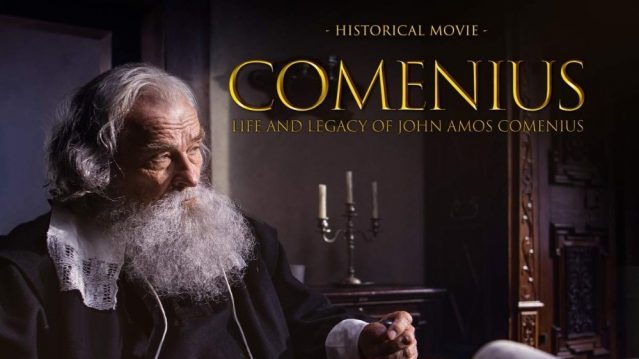 The Embassy of the Czech Republic in The Hague, the Czech Centre in Rotterdam, and the Comenius Museum Naarden cordially invite you to the on-line screening of the historical film COMENIUS. The film tells the dramatic story of the life of one of the most remarkable personalities of the Czech history, philosopher and humanist. Comenius has been internationally known for his innovative teaching methods and the scope and complexity of his work is incredible. Comenius spent the last 14 years of his life in The Netherlands, and was buried in Naarden in 1670. Many of Comenius’ thoughts and ideas are timeless and universal. The film portrays a probable encounter between Comenius and Rembrandt, and their search for contact despite the differences in their personalities. The film was made in the Czech Republic in the region of Zlin to commemorate the 350th anniversary of Jan Amos Comenius’ death, which occurred last year.

COMENIUS will be displayed in Czech with English subtitles.

For children under 15 years of age, this film is only suitable under the supervision of parents.