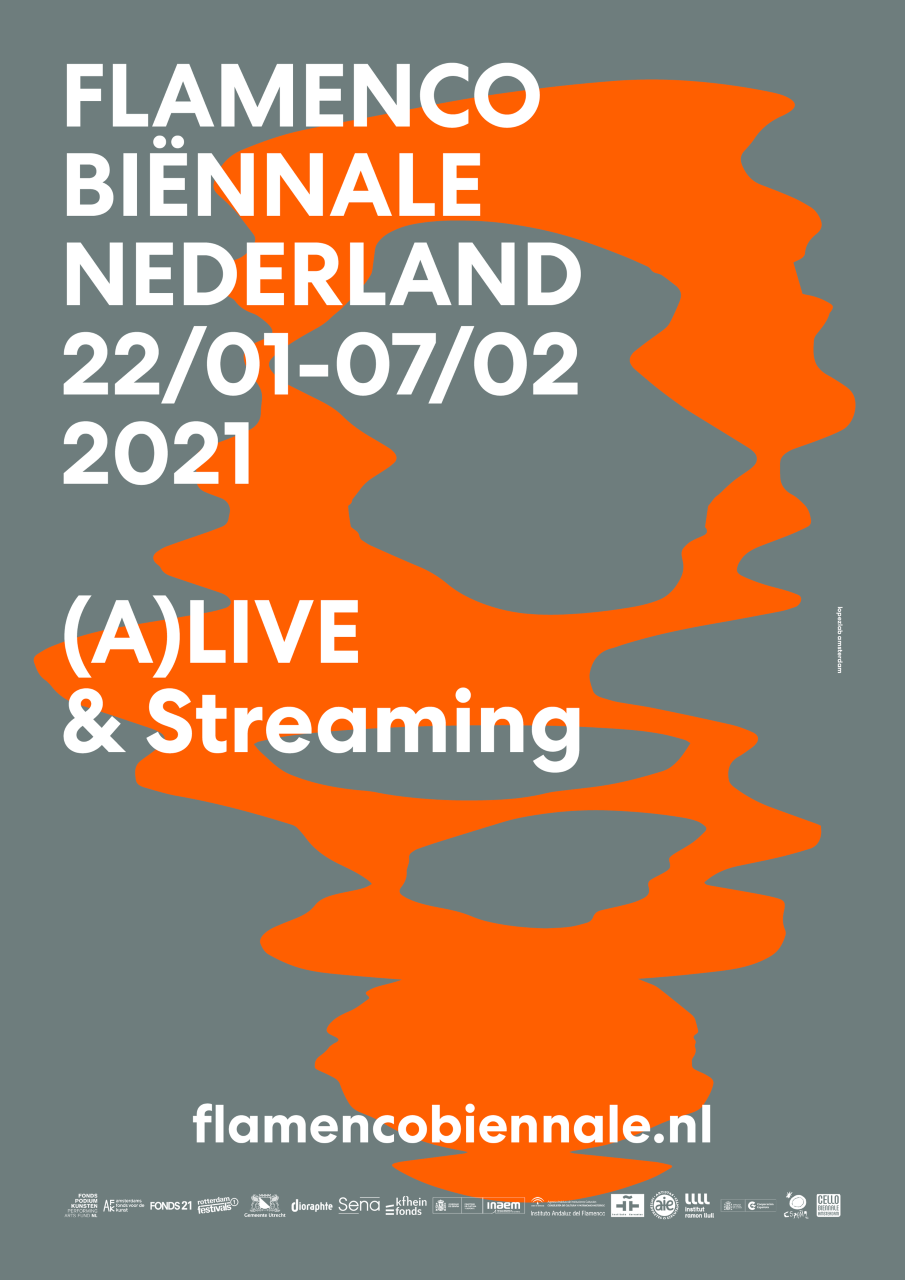 The Embassy of Spain collaborates once again with the Dutch Flamenco Biennial, which has become one of the flagship flamenco festivals in the world. Due to the current COVID-19 restrictions, the eighth edition of the Biennial has been rescheduled and will now be held in two parts spread out over the year: In January / February 2021 a reduced and alternative online festival will be held, with (live) streams from Madrid and Seville, whereas in November 2021 (from 7 to 28) and early 2022 live performances will take place, to be held in 12 cities in the Netherlands, Belgium and Slovenia.

In January 2021, the jazz and flamenco concerts of the Daniel García Diego Trío and Pablo Martín Caminero Trío will be recorded at Café Berlín, a well-known venue in Madrid, with a live audience of 70 people. Other performances planned, in this case from Seville, are flamenco dancer Rocío Molina’s show Al Fondo Riela, which explores the sound of Spanish guitars with the participation of artists Eduardo Trassiera and Yerai Cortés; flamenco dancer Ana Morales and her musicians, who will show an extract from her piece En la Cuerda Floja (On the Tight Rope); and other avant-garde artists, such as Andrés Marín, Cristián de Moret and Vanesa Aibar. Other parts of the program will include interviews, artist talks, behind-the-scenes shots and other material related to flamenco, all (live) streamed during the two weekends of the online festival: January 30/31 and February 6/7.

In November 2021 and early 2022, the Dutch Flamenco Biennial hopes to celebrate the 2nd part of the festival, in 12 cities in the Netherlands, Belgium and Slovenia, with another varied program, this time (a) live and streaming: featuring established artists such as Israel Galván, Rocío Molina, Ana Morales and Vanesa Aibar, or new talents such as Mariola Membrives. This 2nd part will also host the co-production with the Cello Biennial entitled La Lyra del Mar, which unites and explores the musical styles of three Mediterranean countries: Spain, Italy and Greece.